We took a long weekend to do some birthday stuff, but also to catch up on some miscellaneous trailer tasks.  Next weekend we will play trailer tourist at the big Pismo Trailer Rally, so we probably won't get much time on our trailer for a few weeks.

The first task was to frame in the rest of the bed.  It needed some outside framing on the back wall to hold the supports, then the top portion can slide out from couch to bed. 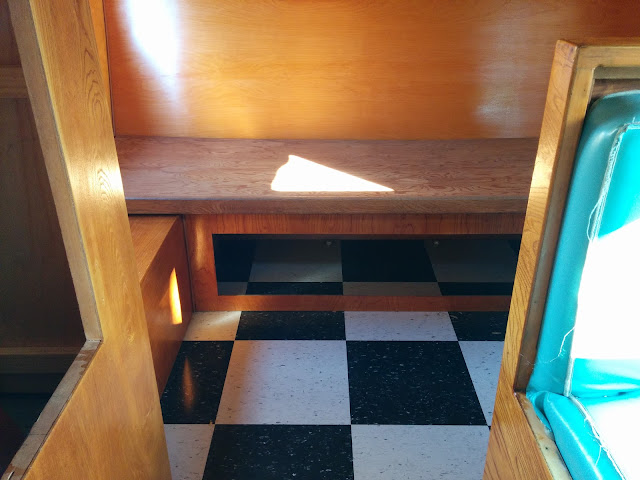 We will probably add a leg or some other support under the front, as 1/4" of plywood just doesn't seem like enough for nearly 400lbs of us. 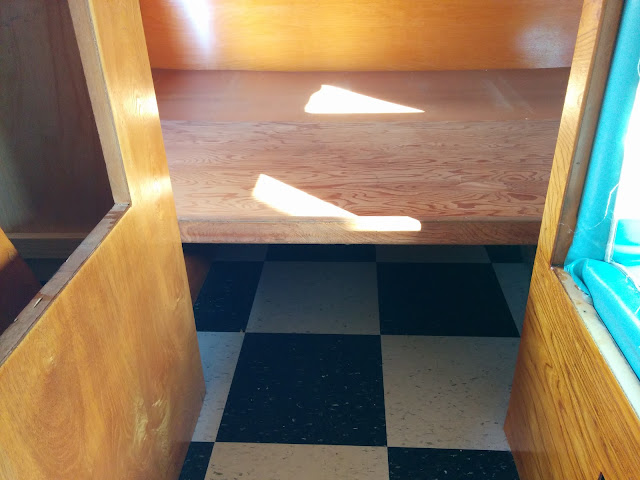 The next task was to prop up the rear ceiling that seems to have sagged a bit after being installed.  Using cheap home depot pine was probably a mistake here.  First, we built a support and pushed the ceiling up as high as we could. 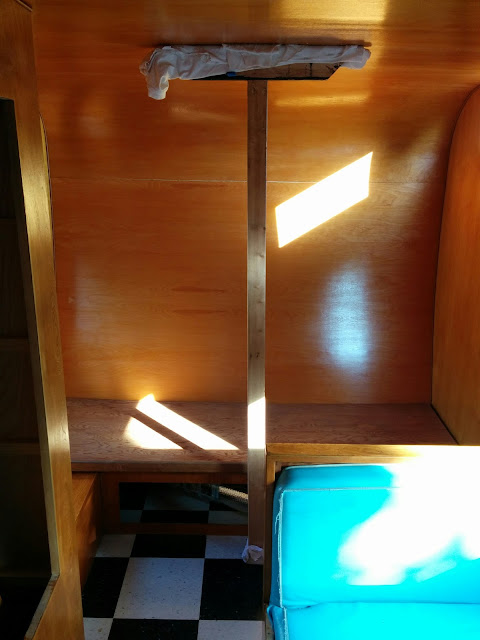 Then we glued an already bowed rafter next to the bent one.  The next day, after removing the support the ceiling ended up just a little high, leaving some room for more sag down to flat. 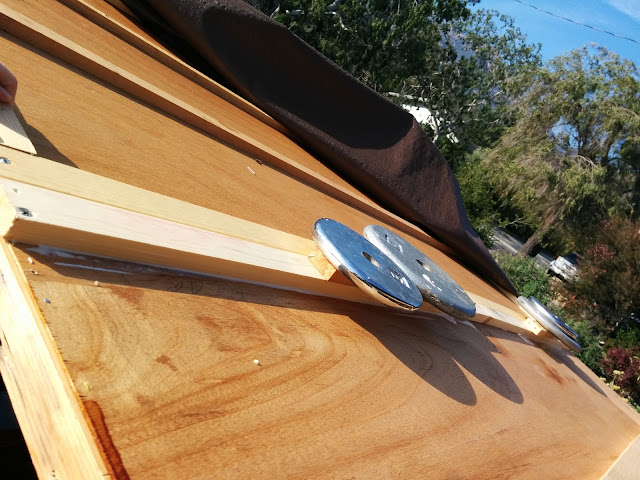 After that, we decided to get the prebuilt window framing out of the garage.  We had been waiting on this for when we had the roof skin laid out, so we could place the windows exactly, but tacking them in place still lets us move them a bit if needed. 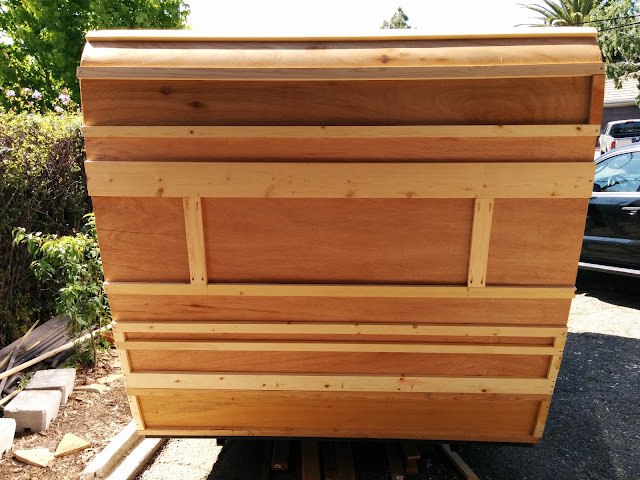 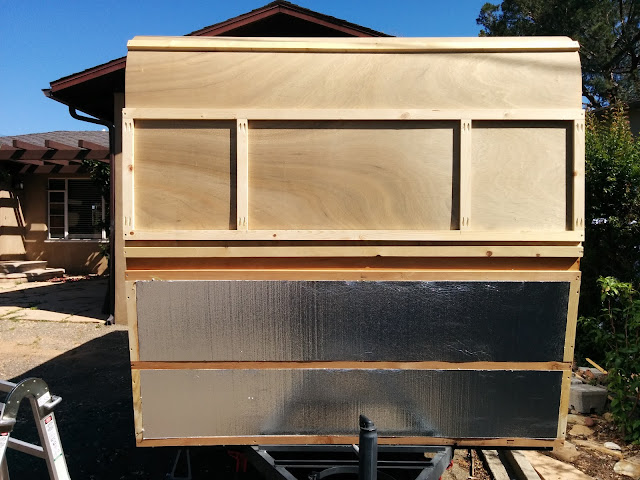 Finally, to try and reduce any more wood damage from the blistering sun, we insulated as much of the sides and roof as possible using rigid foam insulation material. 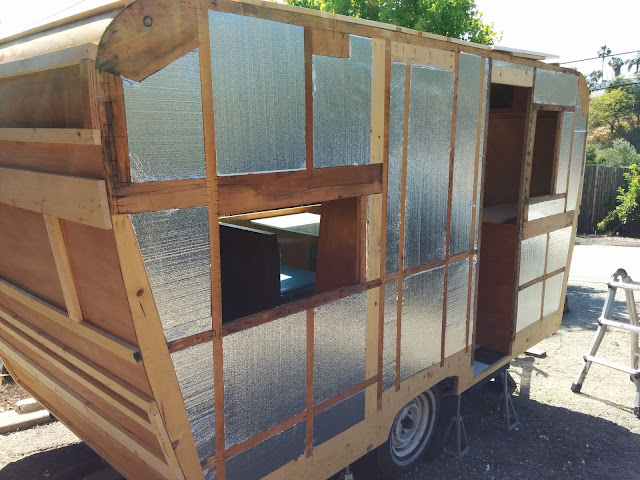 With only two sides and half the roof, the temperature inside is already at least 10 degrees cooler...very tolerable to sit and relax and think about the electrical work we need to do next. 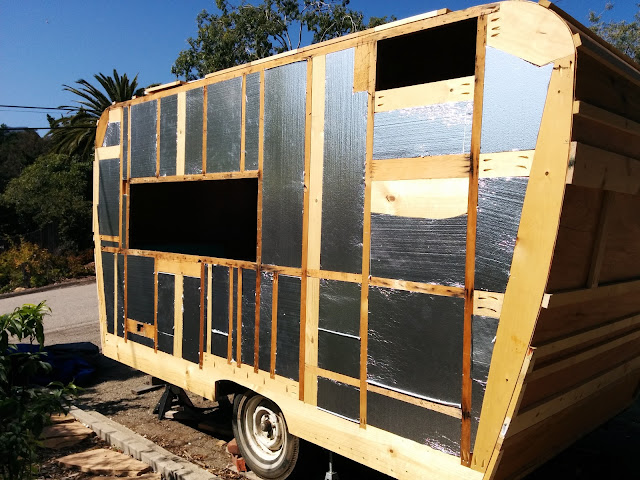 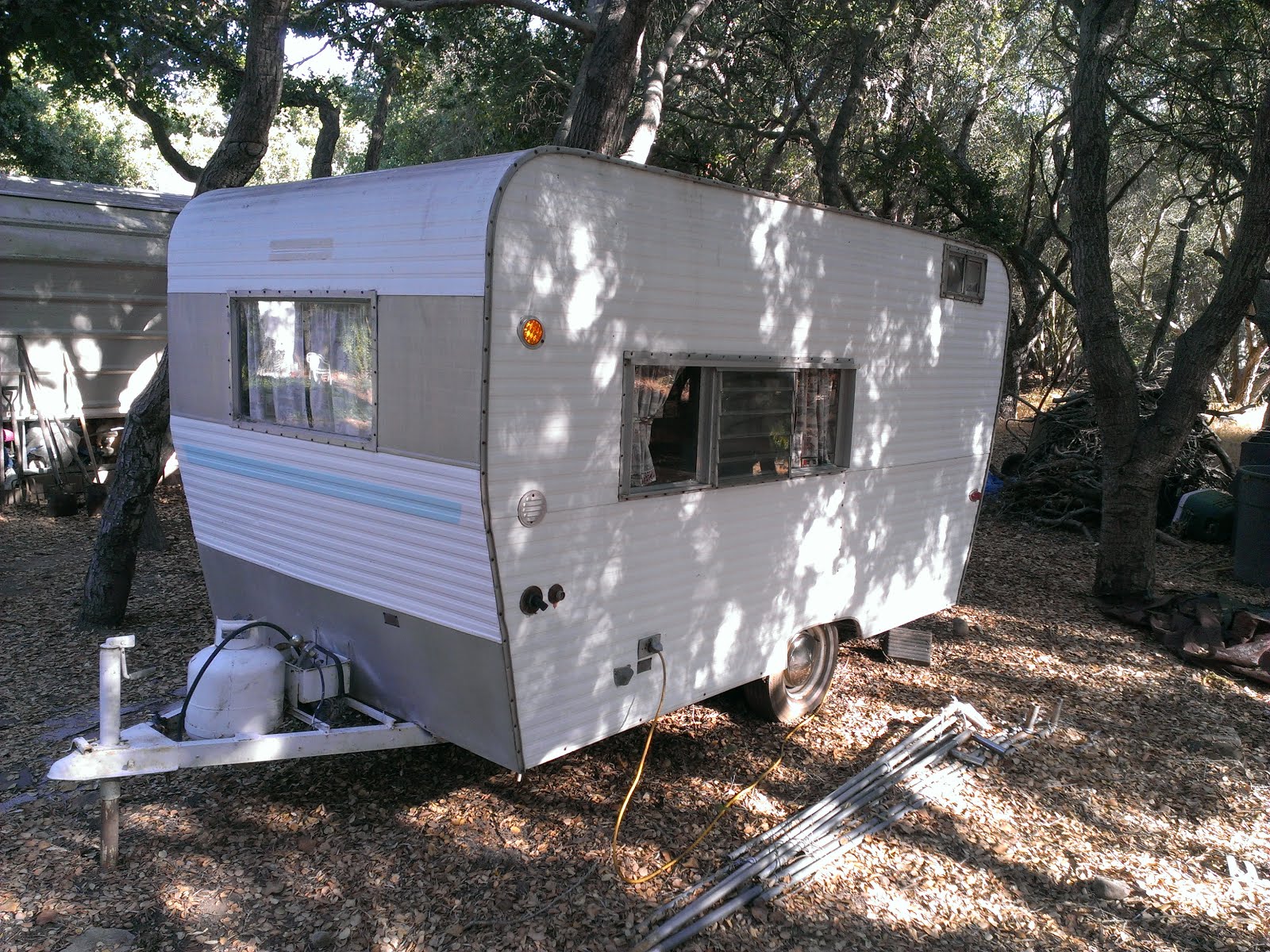